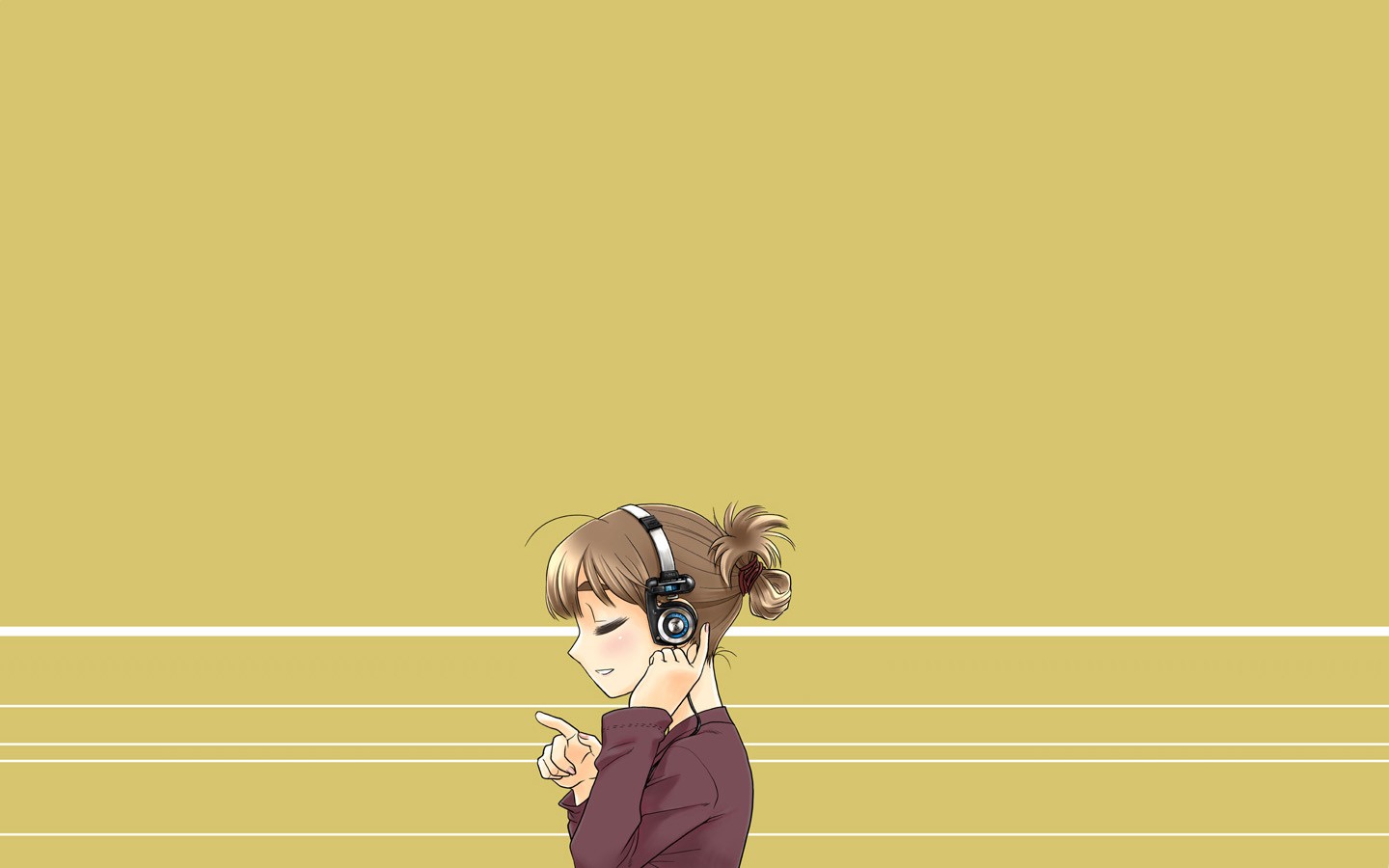 The thing with music, as with any other medium is the fact that different genres are going to appeal to specific tastes. There isn't a specific genre that is superior to another. Sure you can argue something like Classical, Jazz, or various experimental genres (being musically complex and deep) are objectively more refined and enriching compared to your typical pop or folk songs, but they are still limited to a niche in much of the same way that pretty much other genres are. With that said, I don't have a preference for any genre but I do tend to gravitate towards specific characteristics in different genres. My mood also has a significant influence on the kind of music I like to listen to at the moment. I know this post isn't going to be perfect but I'll do my best to explain the kind of music I like to listen to as a means to enhance my emotional state of being or to get some inspiration for my own compositions. To make things easier on myself and the reader, I'll present the kind of music I like through a timeline of my life.

I can start off with some of the earliest music I started listening to when I was in my early youth. I grew up in the early 90s and relatively poor at first, since my parents were barely getting a grip on living on their own right after they had me. Before moving to this new house, my parents and I stayed at my grandparents two story house. They had this old radio that I can't really describe in too much detail because it was so long ago but all I remember about it is that it was one of those 70s stereo systems that had that silver and wood design. I think it even had a vinyl player though I never saw it used before. Most of the radio stations at the time were the usual pop and rock stations but I was very found of the country station in particular. I never understood why I had a preference for country music way back then. Granted a lot of the country music for that time period was higher quality compared to what country stations are these days. My parents knew about this somehow and would buy me cassettes of various country artists. One particular artist I do certainly remember went by the name of Boxcar Willie. His music incorporated traditional American country and blues hits but with a hobo twist to them which I found appealing. He is well known for his train whistle sound that he does in his music to further elaborate the concept of the runaway hobo on a train aspect. As a big train fanatic back in my early days, I felt a strong connection to this kind of music. Country music and trains complemented each other and it resonated with the sort of adventure I desired in my youth. I was also found of the music of Neil Young, which happened to be my Grandparent's favorite artist. Although not an American country music persay, he did capture a lot of those frontier vibes in his music. There was a time when my grandparents and parents went on a trip west to Nevada and during the entire trip, I would listen to country music during the trip. I think even back then, I realized how perfect the music went as I would look outside and see all the vistas, mountains, and desert scenery. It made me fall in love with the American South West.

Fast forward a couple years later into the late 90s and early 2000s and my family acquired our first desktop pc. I can't remember the model number other than the fact it was a Dell running Windows 2000. Prior to that, the only time I had used a computer was back in my dad's office job where he had his computer running DOS. Without going into too much detail, I found out about the music playback capabilities that computers had beyond just playing CDs. I was able to learn about ripping music from CDs into mp3 format which basically meant I could have music stored locally on my computer. Another neat concept to me was the fact you could buy these blank cds and burn your mp3s into these cds and sort of create your own albums. This was kind of a step up from the cassettes I was used to since I didn't have the equipment to record stuff into cassette so I had to get myself a portable CD player just to listen to my bootleg cds. Last but not least, I had discovered about a little program called Kazaa, which allowed users to share files via peer to peer. This was my first introduction to the concept of piracy, which is how I got most of my music ever since. The music in particular I was after on Kazaa was video game osts. Stuff from the various Gamecube, N64, PSone, SNES, and PC games that I have been playing prior and during this time period. Sometimes, I'd come across these remixes of songs that had some killer beats and styles of music that gave those melodies I was familiar with some new life. Many of these remixes came from a website called OCremix while others were from Newgrounds. Kazaa was also the way I got introduced into the alternate rock scene with bands like Keane, Cold Play, and Radio Head. Rather normal for the time period in terms of musical tastes; I think a lot of alternative rock was popular especially with the digital music scene. I also got into some ethnic music around the same time too, especially with the Celtic sounds of Enya. Her music had some enchanting and relaxing vibes to it which I guess sort of got me into ambient music later on. Probably the most influential music I discovered during this time was the various kinds of electronic music by artists like Infected Mushrooms, Aphex Twin, The Prodigy, Square Pusher, and various other artists that did stuff like Jungle, Drum and Bass, IDM, Trance, and whatever you would call Dance Dance Revolution music. This was music that wasn't composed with traditoinal instruments but rather electronic synths or even computers. I was hooked on all the various forms of electronic music and even had a listen to some of the pioneers of the electronic music genre from the likes of Jean Michel Jarre, Kraftwerk, Yellow Magic Orchestra, and Art of Noise (Not really electronic music but still sample heavy). Although I did enjoy the fast paced, head bobbing, and pumped up sounds from the intenses genres that I listed, I still had a slight preference towards more relaxing and calm music. It's no wonder I even enjoyed the Smooth Jazz genre especially. While not the most "soulful" of the Jazz family, I really did enjoy the "smooth" sounds and relaxing beach like atmosphere the music expressed. The music could fall either in the mood of romance, depression, or upbeat in most cases. Probably one of my favorite genres of that time as controversial as that may be. I still don't get the hate for smooth jazz.

By the time I was in middle school and high school, my musical tastes sort of began to solidified more or less. I was doing band at the time so I had some insight into more proper music like classical, marches, and various other orchestra pieces. Unrelated but there was even a period when I even listened to Nazi marches since we were learning about Hitler and WW2 back in 6th grade and I thought it was hilarious to learn about all that stuff. I was going through an edgy phase and some of the music I listened to reflected that as well. Bands like Rammstein, Mindless Self Indulgence, and even more The Prodigy. That phase didn't last long. I had my fun and returned to listening to the typical stuff I was accustomed to. By the end of my middle school years, I got into indie music like Arcade Fire (Funeral was my shit back then), as well as other artists that I haven't listened to before like Daft Punk and Gorillaz to name a few. Sometime around my high school years, the whole Guitar Hero and Rock Band fad was big at the time and that sort of influenced my taste temporarily since my cousin was huge fan of these games. I had a phase where I would listen to some classical rock though just like my edgy phase, this was also short lived by the time I was in my senior year, I'd moved on from that kind of music. Frankly, it's understood that many of these bands and musicians were influential but at the same time, it was kind of dated too. One band I was particularly NOT found of was Queen. I never like Queen. I never understood why so many normalfags liked them. It didn't help that we had to preform some of their music on the bleachers at football games so alot of those songs got old real fast. Till this day, I still can't stand Queen. It's too overly operatic and bombastic in the wrong way. It's just not my preference at all. Some of the classical rock songs I used to listen to started to feel that way too.

By the time I was out of high school, I pretty much stuck with what I liked. I would go out and discover more electronic genres, more indie, more alternative rock, more classical, and even some folk music which was something new for me around the time. College didn't really do much for me in terms of musical discovery but I briefly had some interest in the dubstep genre for a while though it went nowhere in the end. Glitch Hop was fun to listen too sometimes. I also started looking into more Japanese artists, bands, and anime music (exluding J-Pop and Idol) once I started opening up more towards anime and the culture behind it.

As my university days came to a close, not much had really changed until I discovered the Vaporwave and Future Funk Genre. Basically these genres technically had nothing new to offer but rather they incorporated music of the past (mainly smooth jazz, disco, and city pop) and presented them in a new light that often made a mockery of the consumerist culture that influenced those types of music. Vaporwave and its sub-genres appealed to the nostalgia of the past and the hopeless of the future. Future Funk more or less provided a Japanese take on the summer mood and height of Japanese cultural and economic dominance of the 80s. Although these genres have been around since the beginning of the 10s, it really must have peaked for me during the middle and later end of the decade, prior to the new and dystopian era we live in now. I still like to listen to both genres from time to time and it even introduced me to more Japanese artists and bands.

Those genres that I have mentioned are just the general types of music I lean towards when it comes to personal taste. That's not including other genres that I may not be found of but I might like a song or album from that is a bit different from the usual stuff I listen too. Genres like Jazz, Oldies, metal, or hiphop/rap which are not my favorite genres of music at all but occasionally once in a blue moon, I'll listen to something from these alongside other genres I haven't listed. It really all depends on my mood at the end of the day. I guess my musical tastes are more typical than one would think but also unusual in other ways.