Why I Compose Music 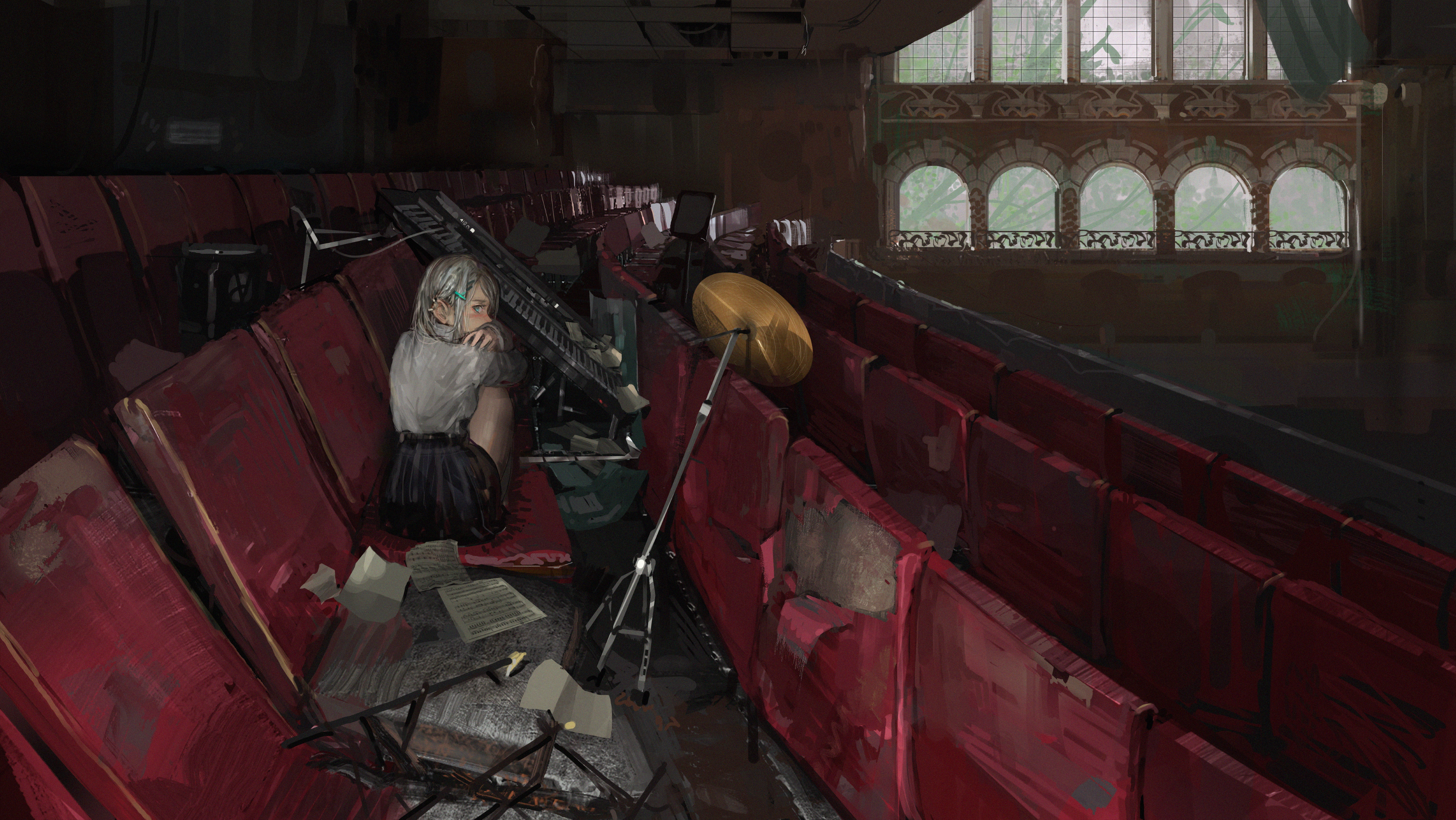 I love music as much as I hate socializing with others. It's been a very integral part of my life ever since I started collecting my first cassettes back in the day. Whenever I would play a game, I would always take notice of the soundtrack if it was really good. Sometimes, a good soundtrack would get me into a new game, anime, or film. Considering the range of mediums you can discover music, you almost have an endless supply of music to choose from, all sorts of genres to explore, and all offering different experiences.

There was just a few problems I have encountered while listening to music. First, most of the music I listened to would not always connect with me on a personal level. Now what do I mean by this? You know how people have a favorite song, artist, or album? They have a piece of music they can reflect on a personal level. The problem with that is music is usually written by the experience of someone else. Someone who may or may not have the same life experience and ideology as yourself. This is especially true with music that has lyrics. Unless they are abstract enough, the music is always going to be interpreted one way over the other. At the very least with non-verbal music, you can interpret a feeling with it that isn't "directly" forced upon you by the artist. Of course, specific music will be composed in a way based on the theories of music to portray some sort of mood in the piece, but it's not directly spoon feeding you the message like music with lyrics often do. It's one of the primary reasons I don't like lyric focused music or rap style music. As far as the personalization of music, sometimes I feel like if I were to interpret a song or music composition to my own point of view, I would be doing a disservice to what the artist or composer initially intended.

For example, let's say I take Edward Elgar - Salut d'Amour Op.12. For the sake of this example, we'll discuss the instrumental version of this piece. Whenever I listen to that piece of music, I'd imagine myself back in my days of youth, complete in ignorant bliss, positive outlook of my own life going forward, and the desire to find that one true love someday. I see the crushes I had back in my school days, those cold nights on the school bus coming back from a performance at those band competitions where everyone is tired and I have my bus seat all to myself. Somehow in my imagination, I imagine the girl I had a crush in my band class sitting next to me and sleeping with me as we cuddle and keep each other warm. While in reality she might be several seats in front of me with someone else. At least the very thought and emotion of it was enough to keep me mentally warm during those long hours traveling back from out of town in the bus. The reality of this song's meaning however, is different. Elgar wrote this music in dedication to his lover as an engagement gift. Talk about being a chad am I right? So his interpretation is objectively different from what I hear. Maybe he would be open to different interpretations of his music, but in my view, I don't see a personal connection.

Am I being a narcissist? Probably. But it's the result of being left alone for so much of my entire life. I rarely had any friends to look up to and I had a hard time connecting with people on a personal level. I guess the same could be said with music. While I may like the ideas of specific songs and music, I can't make claims as to what those songs mean to me without being wrong about it. I wish I could explain it better but trying to is just so confusing, even to myself.

Before actually composing anything, there was this period of time when I would experiment with changing pitch, speed, and tempo, for specific songs on audacity. I discovered by altering the songs, I could create something that offered new vibes and emotions in ways the artist may not have intended. Again, this is probably going against the wills of the artist but it was a step closer to achieving what I wanted from music. Then I started looking into DAWs. I discovered right at the end of my high school years that there were ways to actually create music. At first, my tracks had no cohesion to them. Either that or they were very simplistic. A melody at best, and a jumble mess at worst. There was no consistency or structure to my earliest tracks. This of course worked out for one of my compositions but in general, it was objectively not very good. Even then however, I finally started approaching what I always wanted. Music that represented me, my thoughts, my ideas, and the very color of my soul. By creating my own music, I am putting my own thoughts and feelings into musical ideas and concepts. As crude as these early compositions were, they were my compositions.

At last, I finally had a track that represented what I wanted to convey. Simply titled "Dead Roses". A shitty title but that was to be expected as I was never good at making titles to begin with. Nevertheless, it was a crude piano piece that was barely a minute in length. The progression of notes had this unstructured form throughout this piece but it was somehow able to convey this sad melancholy and longing mood that I was feeling at the time. From then on out, I started exploring my musical capabilities. Some songs had conventional structures and rhythms. Others had more abstract or minimalist attributes. Even if they never turned out the way I wanted them, they were still products of my own. My achievements and my imperfections. I don't have the desire to create the greatest music of all time. I create music for myself and want others to listen to what I am trying to express. That's why I create music. It's all for self expression outside of verbal communication, to reflect on my own life through these songs, and even sometimes, to escape it.