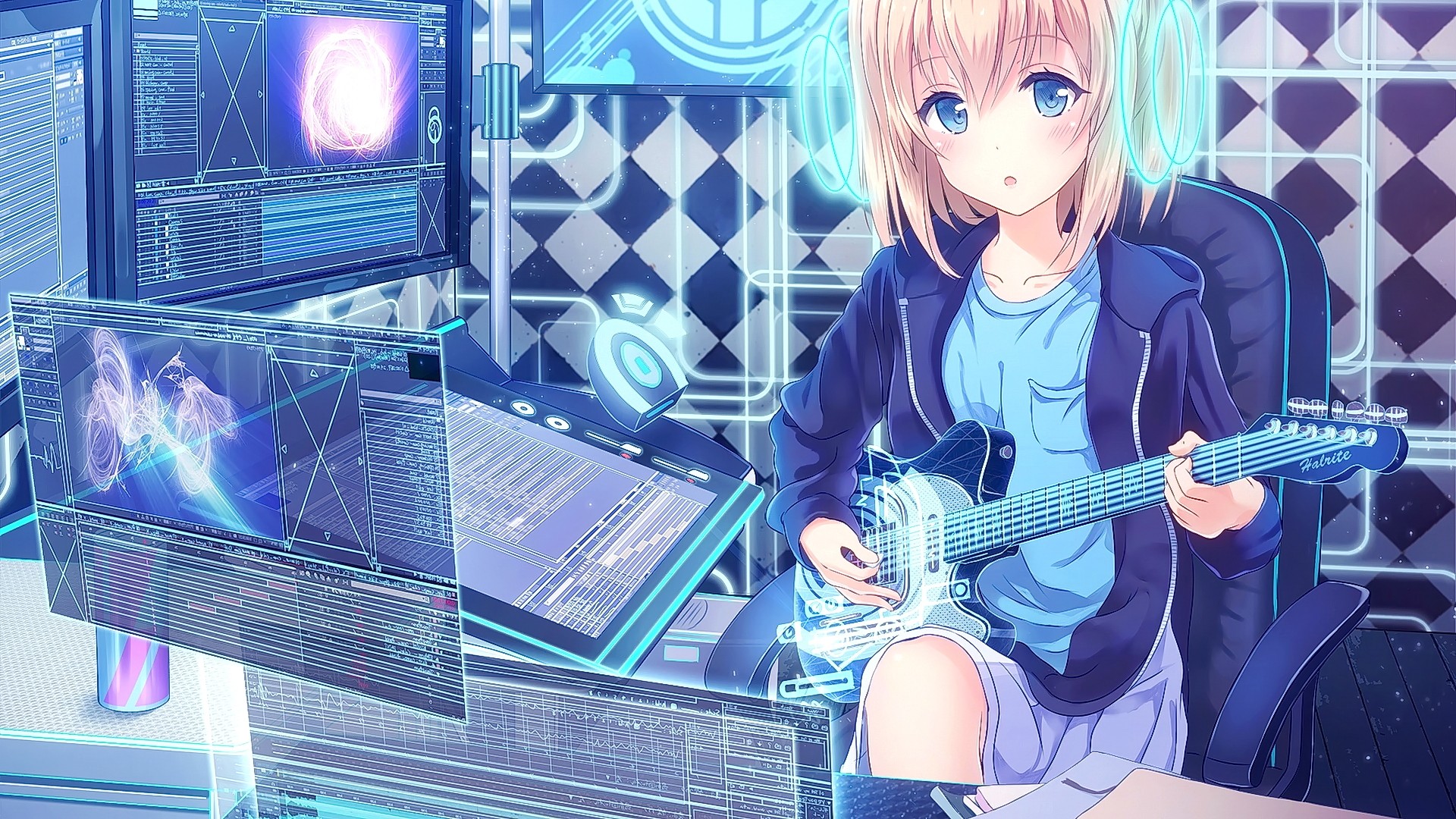 How I Create My Music

There are hundreds of ways, all sorts of software and hardware you can use to compose music. You can have something as simple as a student’s recorder flute or you can have this elaborate studio with mixers, synthesizers, microphones, and acoustic rooms. I am more or less on the lower budget end of things when it comes to music production.

If you have a PC or laptop, you can give Mixcraft a try. It’s a music production software that is rather user friendly compared to other digital audio workstations (DAWs). It’s also not very expensive. A 32bit version is often for sale on Steam for you gaymers, and can be had for as little as $20 sometimes and even less on some occasions. It supports 3rd party addons (freeware and payware) and has pretty much everything you need for a DAW. The only downside is if you get the 32bit version of Mixcraft, there is a limitation of the number of audio tracks you can have for 1 song. I personally never ran into that limitation when I compose my music. Of course, Mixcraft isn’t my primary method for composing music. The nice thing about Mixcraft and in general most DAWs is the fact you can import midis and edit them as you please. You can easily find midis online and create remixes of your favorite songs.

In my case, I create my own midis using something rather unusual in music production but also very intuitive. A Nintendo 3DS. There was this software cartridge I bought years ago back in the Nintendo DSI era called Korg DS-10 Plus. It was basically software that allowed you to turn your DSI into a synthesizer. You can create loops (up to 16 per instrument) an have up to 4 instruments and 2 drum sequences (assuming you played it on a DSI model). You could tweak the instruments to your liking and add some minor effects to them. You could to some degree, even compose entire songs using the software’s song timeline feature that allows you to enable specific loops at a specific time. The only downside to this software was that you couldn’t export your tracks (at least from what I remember). So the only way I could record music off the 3DS was by connecting a 3.5mm male to male aux cable into my PC’s microphone input and then record using audacity. Audacity is a free and open source software that is brilliant for capturing audio. It’s probably what I use over Mixcraft if I want to directly capture the sounds produced from the Nintendo DSI back when I was using it. Over the years however, I was able to purchase a Nintendo 3DS and with new hardware comes new software. To be honest, most the games on the 3DS were kind of stale but I did eventually discover that Korg had some new software in the Application Store. Korg M01-D. The software was a recreation of the classic Korg M1 workstation, and had an array of replica sounds ranging from pianos, organs, guitars, strings, synths, sound effects, and drums. You could use it sort of like a mini DAW and either record via aux cable or midi export. The latter allows you to put in into a more complex DAW like Mixcraft to get more out of your compositions. For the majority of my tracks, this is what I mostly use to make my music.

Some honorable mentions I have to talk about are Musescore and LMMS. Musescore is not a traditional DAW in the sense it’s more or less a music sheet and composer software. Using this software will require some knowledge of music theory and reading sheet music. While my music theory knowledge is limited, I do have experience reading sheet music as far back as my elementary years when I first started playing recorder. You can export your music in a variety of audio files and even midi export. It’s more suited towards making classical music, orchestral soundtracks, or jazz but you can use it for other genres as well.

Last but not least is LMMS (Linux Multimedia Studio). For those who are running a Linux Operating System like I am; it is possible to run Mixcraft on Linux via Wine emulation, though the performance on some hardware leaves a lot to desire to the point where you are better off just running Mixcraft on Windows. LMMS is a decent, free, and open source alternative to most DAWs available. While not the most user friendly UI I’ve seen or used, it is possible to get a general understanding how to use it and compose your own music on it or import midis. As mentioned, the only downside is the steep learning curve that is involved with figuring out the UI but otherwise, it will do the same thing that other DAWs do. The preset instruments and drum sets kind of suck too but you can use your own VSTs and addons. Last but not least, your tracks should always be exported into a .flac format or any lossless format in general. Bandcamp will only accept lossless audio for at least uploads. You can then download or convert your tracks to something compressed like .mp3 or .ogg vorbis either on Bandcamp or with your DAW.