Caliber:7.62x39 (other rifle and pistol calibers are also out there)

Update: Biden had placed a ban on Russian important ammo on August 2021. Well Fuuuuuuuuuuck. At least there's that 5.56 AK from Zastava I suppose... 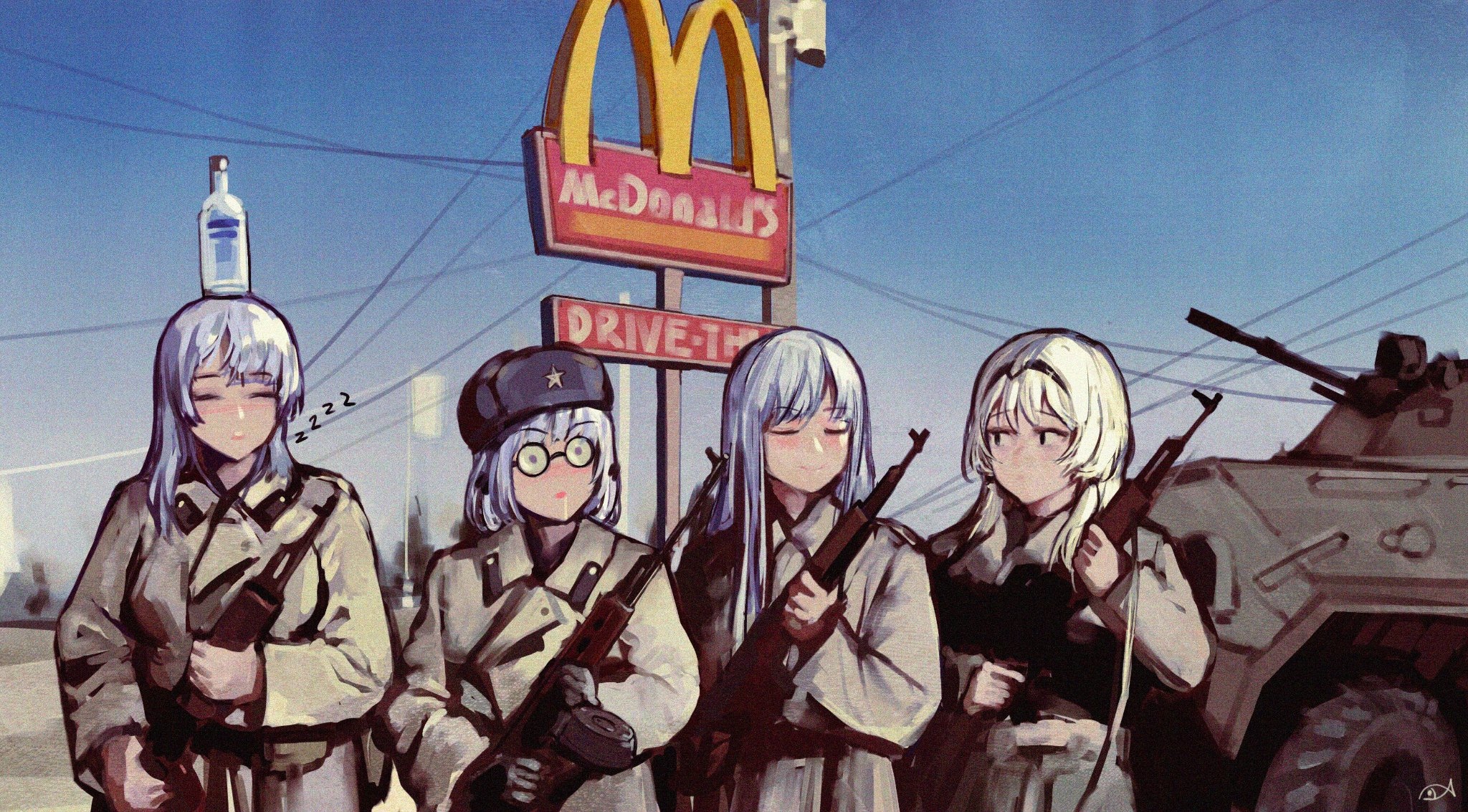 Do I even need to say anything? Everyone and their mother knows what an AK47 is. A weapon produced and copied to such a degree, you’d be hard press not to see one at least once your in lifetime. The AK platform is the Mauser bolt action of our time. The Remington Rolling Block of our time. The Brown Bess Musket of our time. The Spear of our time. I think you get the idea. This rifle is well known for being crude in design but simple to operate and maintain. It’s the weapon of “freedom” fighters, “terrorists”, mercenaries, slavboos, gangsters, and other weirdos alike. It’s a weapon that’s going to be in use for a very very long time in future conflicts.

All this legendary fame and status isn’t going to apply for all AKs though. Unfortunately for the American market, authentic civilian AKs, and even imports are getting harder and harder to find in the market in part due to political interference and importations of surplus rifles. There are some AK rifles that are manufactured in the US (such as the Palmetto State PSAK-47 and some of Century’s Arms offerings) though according to the most hardcore and die hard AK fanboys, American made AKs are inferior to import AKs from countries like Romania, Yugoslavia, and even China. I have some experience with AK platforms on both ends: the PSAK-47 Gen 3, and a Romanian BFPU-FS.

The Palmetto State AK isn’t a terrible rifle by any means. At least from what I shot (under 1000 rounds). I did have a few hiccups in the beginning with failures to eject but I guess after a couple of rounds the rifle is now feeding just fine. Supposedly, the Palmetto State AKs are considered as good as you’ll get in terms of American made AKs so if you want something that’s relatively affordable and made in the US, I would consider the Palmetto State AKs over the ones built by Century Arms (I heard some horror stories about the longevity of Century Arm AKs so that’s something you must look out for. ).Usually, Palmetto State has various furniture offerings with their AKs including classic wood stocks and hand guards. You can customize your AK with various accessories like any other intermediate rifle though it’s nowhere near as customizable as say an AR-15.

The other AK that I tested from Romanian is definitely something I can safely say is battlefield approved. The quality of the materials and robust feel is well worth the extra cost if you absolutely need something that’s going to be more than just a range toy. Shooting the Romanian import feels less gritty than the Palmetto State AK, and though there are some minor wear here and there (being an import and all), it does add to the rugged character of the rifle. This is what I would consider to be a prime example of AK goodness, though unfortunately, it’s not the cheapest or even the most viable option out there for some people. If you are going to own one and just one intermediate rifle and you don’t like the mainstream and space age look of AR-15s, then I highly suggest you start saving your money and pick up a nice quality AK and enjoy your new Raifu.

If you are really on the edge in terms of finances and want something that’s like an AK but you won’t settle for an American made one, there’s also the option of surplus Chinese SKS rifles. While these used to be very cheap a decade ago. The demand for these surplus rifles have skyrocketed and will only continue to rise as surplus dries up. With that said, you can find them in meh but functional condition for right around $450-500 (which is cheaper than some American AKs) and you get the bonus of having something that is battle proven in design and quality. Just keep in mind you’ll have to settle with reloading with stripper clips unless you get one of those conversion magazines (which vary in quality with Promag magazines being extremely finicky and not worth the effort). I can’t speak for how the SKS shoots since I never owned one or even shot one, but I have heard from others that shooting and SKS is a lot of fun.