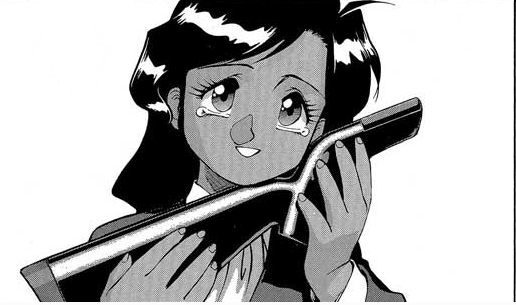 This is the first firearm I ever bought once I was old enough to buy one. Apart from a couple of shotguns that I’ve shot back when I was in high school, I was absolutely a scrub and a noob when it came to guns. However, in part due to my interest in airsoft prior to turning 18, I too wanted to purchase my own firearm once I saved up enough income from working in my university. I went to my local gun dealer and asked for some rifles that were easy to shoot with little recoil and I was given several options: a Savage Model 64, a Ruger 10/22, and the Henry AR-7. At the time, I wanted something that was going to be unique to what I considered to be typical hunting guns like shotguns or bolt rifles. The AR-7 looked very unique compared to the other two options and the guy at the counter told me that it can be taken apart and fitted into the stock. He also mentioned that this particular gun is based off an Air Force survival rifle conceived by none other than Eugene Stoner. At that point, I knew which rifle I wanted to get. The clerk sold it to me for around $220 and came with a free box of bulk ammo (500 rounds). The Savage Model 64 was cheaper at around $180, but I didn’t like how basic it looked. The Ruger 10/22 was more expensive at $240 and had a nice looking wood stock but that was too fudd for my tastes (at least back then, it was a very beautiful stock). So it all narrowed down to the Henry AR-7 Survival Rifle. Did I make a good 1st time purchase? It’s rather complicated.

The rifle does indeed break down very easily and once everything is in the stock, you can put it all into a backpack and you’re good to go. The rifle doesn’t weight anything, even with a full capacity magazine. It sometimes feels like a toy but it’s not something I’d worry about breaking. It’s just very lightweight. Supposedly, the rifle when put inside the stock can float on water. The idea being you use this rifle on a boat or an airplane and if you were to crash or sink into a body of water, your rifle will float around for a bit giving you enough time to grab it and have something to hunt food with. I’ve haven’t tested this myself but it does tend to flood a lot around here so maybe I’d might find the truth sooner or later. For a survival rifle, it’s pretty good for what it is.

I don’t know if I could say the same in terms of judging it as a plinking rifle. The rifle seems to only take 8 round magazines. Higher capacity magazines don’t seem available at all and though they have been out there for older models of the AR-7 (Such as those for Charter Arms), they were known to be very unreliable in feeding. You could carry up to three magazines when you have the rifle all taken down and stored into the stock. There’s some slots for two magazines and you leave one in the receiver. That should in theory be just enough to hunt small game in a survival situation. Unfortunately, this also means you’re going to be reloading more often if you are using this a plinking gun. For the most part, it seems like 10 rounds is the typical capacity of standard plinking rifles and handguns, but rifles like the Ruger 10/22 have aftermarket magazines that can hold anywhere from 20 to 100+ rounds. From the factory, it does have a segmented rail that will take some optics mounts but you then sort of lose the ability to store the firearm into the stock with a scope or red-dot. As far as aftermarket support goes, it’s alright. Because the AR-7 is by default, able to break down easily, you can find alternative stocks and barrels to “taticool” your AR-7. Personally I never bothered as the end result would just be an plinker with a limited capacity. If you want to do any kind of plinking, you can get by with the AR-7 but there are better options out there in my opinion.

Reliability was kind of mixed, depending on the type of ammo you are using. This rifle does not like hollow points at all. You could fire them just fine but you’re going to have feeding issues unless you operate the ejection and loading manually. Use round nose ammunition. The higher the quality the ammo the better. Generally, the rifle is reliable if you ammo is good. Low quality ammo is going to occasionally have failures to ignite but that’s to be expected with rim fire ammo.

To be honest, I’ve could have gone a lot of worse with my first firearm ever but I could have done better too. With that said, I do like this rifle for what it is. A rifle you can “kind of” rely when society does collapse and you need to get your protein somehow. There are other take down .22lr rifles out there though they are going to be more expensive from what I’ve seen. Yeah, the AR-7 is kind of a gimmick but it should get the job done I suppose. If anything, it taught me to shoot better and fix failures to eject, chamber, and fire.