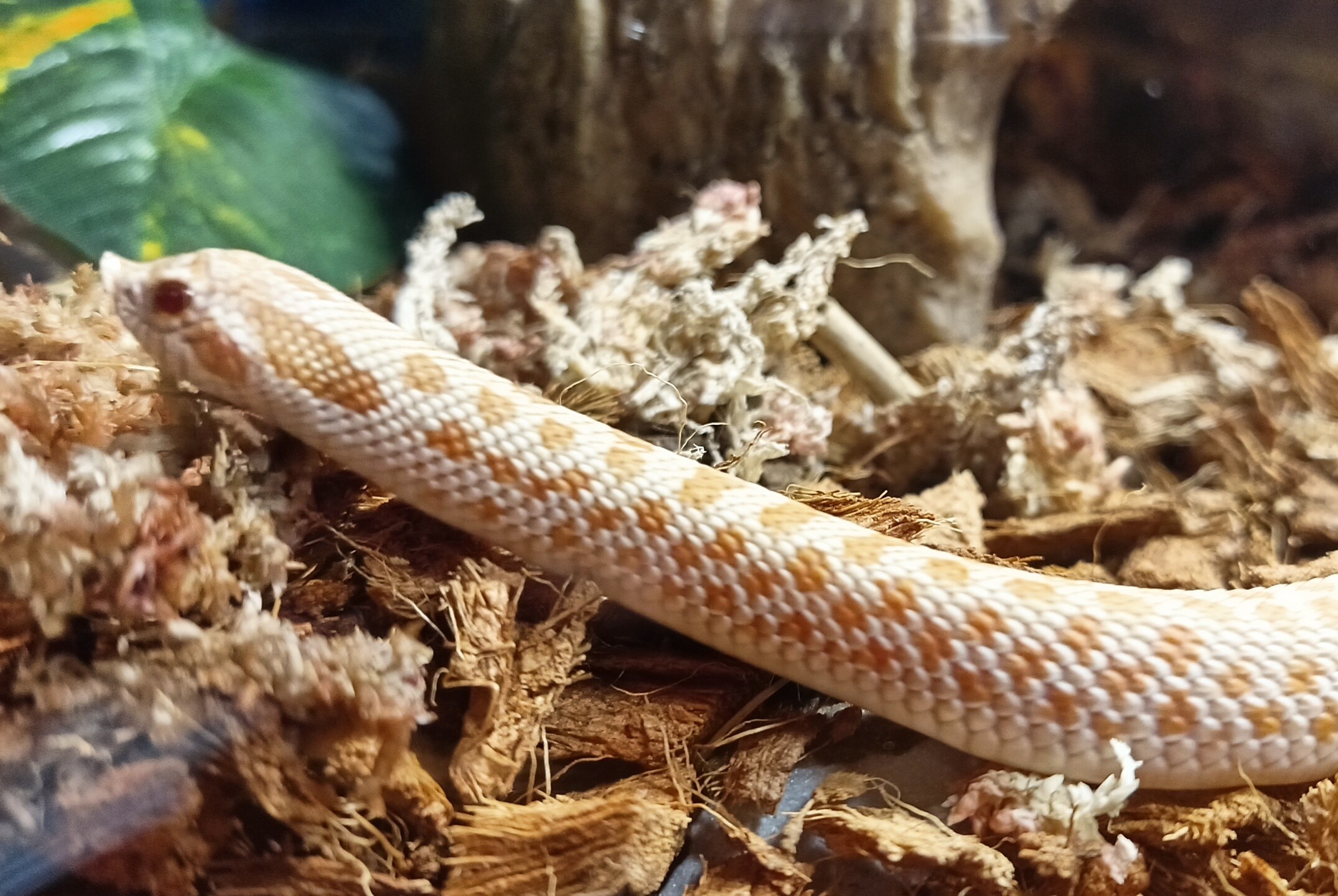 Heterodon nasicus (Also known as the Western Hognose Snake) is my favorite species of snake. Why is that? Just look at it! It has a rather unique head shape that almost looks like a viper but without the temperament. It's also a species that is native to my region which is more intriguing. I think out of all reptiles, snakes are probably the easiest to care for. Assuming you don't get a venomous species (H. nasicus is venous but there's a catch. More on that later), and if you are able to preform the proper husbandry required for your snake, you really won't run into any issues.

One of the coolest activities I like to engage with my snake is feeding him (I named him Soleimani). I like to use frozen mice which I keep in my freezer and I usually give him one at least every week. Some people will argue that feeding your snake live food is better and more natural for them but there's also the risk that prey items like mice can hurt your snake which is why I don't use live feeders. I heard that this particular species of snake can occasionally refuse to eat but so far his eating response has been very good. Supposedly in the wild, they are known for eating toads as their main diet but captive breed species will thrive on a mice diet just fine. It's also encouraged to dust whatever it is you are feeding your snake with some additional calcium and vitamin supplements to ensure they are getting all of their nutrients. This ensure the snake will stay healthy for years to come. Right after feeding him, I do not disturb or try to hold him for at least a day or two in order for him to digest his food properly.

Speaking of holding, I do occasionally hold this snake assuming his temperament is on the calm side. If he ever does give me a hiss or a pseudo-strike, I'll leave him alone. So far, he hasn't done any of those things. Something interesting about this particular species is that they like to play dead and defecate themselves to ward off predators. This species is not likely to bite you unless it were to smell some sort of food on your hand. Just keep in mind their venom is medically significant though it's not very harmful to humans. As with all venom, you may want to ensure you aren't allergic to any kind of venom before getting any snake.

At the moment, my H. nasicus is still rather young, not exactly a hatchling but still in adolescence. Male snakes of this species are not as long as their female counterparts so they tend to be somewhere around less than 3 feet long. Hence why I used to keep in a 10 gallon terrarium for a couple of months before upgrading his enclosure to a 20 gallon and he seems quite happy with his new home. Regardless of the size of the enclosure, I use the same setup for this snake on both tanks. I like to use aspen chips as the substrate since it's nice and loose and even provides some opportunities for my snake to dig through the substrate when it is mixed with sand (that's what their "Hognose" snout is primarily there for). I provide multiple shelters for my snake to hide in as well as centerpiece for him to climb on though H. nasicus isn't really a climbing species. I have a few rocks scattered through the enclosure along with a water bowl to provide hydration and humidity for my snake. Honestly, this snake hardly needs any humidity to begin with so misting isn't a requirement! What is required however are some lamps which not only provide lighting for your enclosure but also heat. You can also use a heat pad though I am not a particular fan of using heat pads. I am especially not a fan of heat rocks as they are just expensive junk that aren't even good for your reptiles or invertebrates. I think using a lamp that can be scheduled for an cycle to simulate the conditions that this snake would deal with in the wild is the best approach for H. nasicus. I use two 70 watt halogen flood lights that I can manipulate to increase or decrease temperatures in my tank. I like to keep my temperature for the enclosure somewhere around 75F-85F on the colder side and 85F-90F on the basking spot. When it's night time, I have my lights set to turn off when the sun is down and the enclosure temperature will drop to room temperature; usually around 70F-74F degrees. This snake is great if you are a morning person as that's usually the time they are more likely to be outside exploring their enclosure.You should also keep an eye out when your snake sheds. If a shed isn't going well, you can provide some mositure to help with the process. Otherwise, you can leave them alone.

Top that with the occasional spot cleaning and substrate replacement every once in a while (not regularly since this snake isn't very messy to begin with) and you'll have a pretty chill pet that honestly requires less work than some other types of pets. Do note that some states and countries prohibit the sale and import of venous snakes like H. nasicus so do your research before considering buying/keeping a snake like this. As mentioned, they are not likely to bite you and even if they do, their venom is located in their fangs which are located in the rear of their mouths rather than the front. They would have to chew on your finger to even inject any sort of venom. Further more, unless you have some sort of allergic reaction, hospitalization is not necessary for a bite from this species. They are also a long term investment like tarantulas and will live somewhere around 10-15 years and even longer in most cases. Personally, I like being able to keep pets like this around since it helps me relax around creatures that most people are afraid of encountering. The fact of the matter is that all snakes are not aggressive. Most snakes will be defensive and the majority of snake bites are educed by reckless behavior on the part of the human, or by accidental encounters in the wild. Snakes, scorpions, tarantulas, whatever the creature may be is not something you should be actively afraid of. Do your research and admire these animals for what they are.

And that's about it for my pets. Perhaps if I do acquire more specimens in the near future I'll do husbandry guides for them. 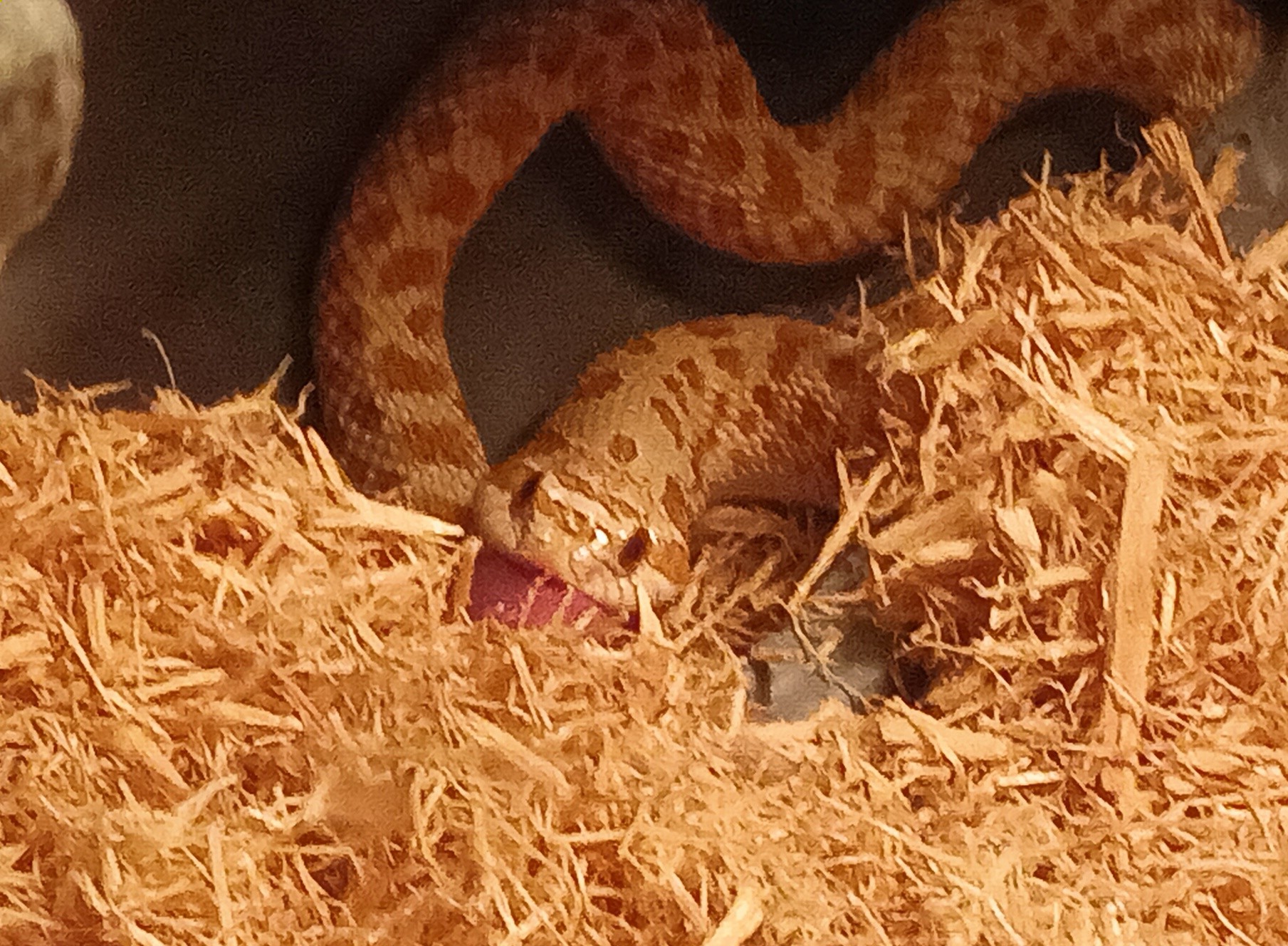 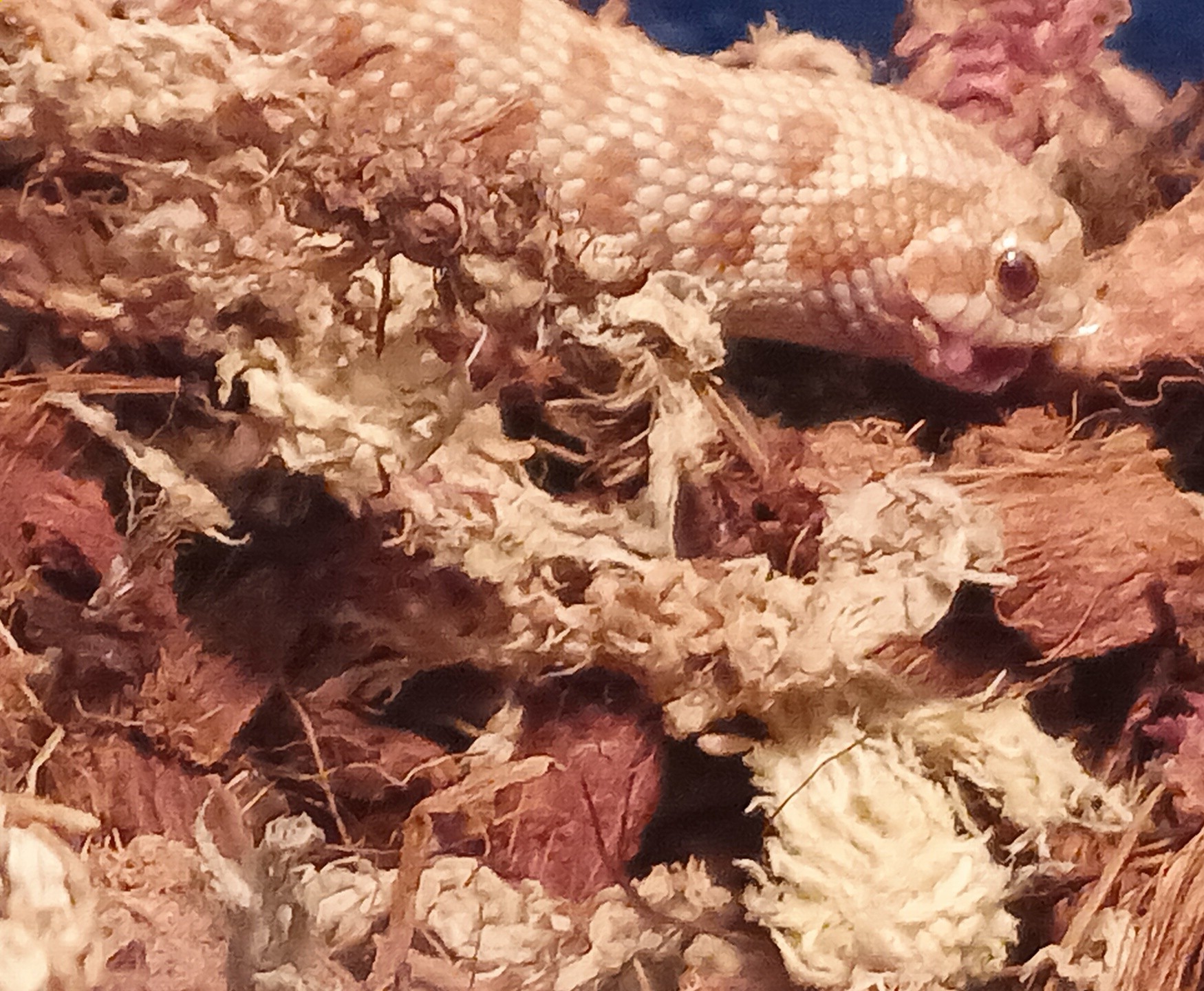