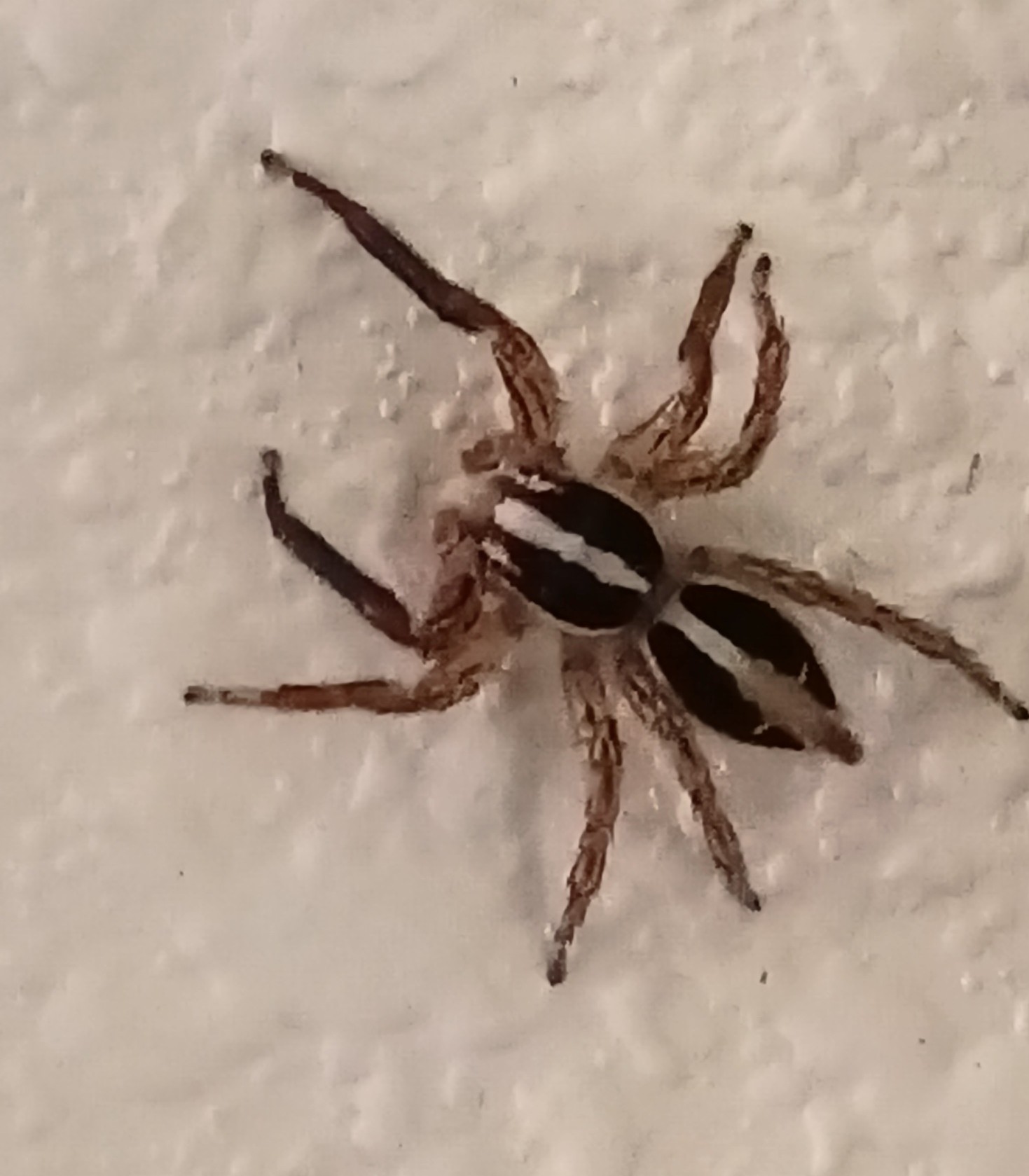 A jumping spider species found locally in my region. P. pakulli is one of the various creatures that inhabit my living quarters. The picture above is that of a male P. pakulli I encountered a while ago. Usually found on walls, windows planes, and generally anywhere with some elevation, this particular jumping spider is hardcore enough to take on prey bigger than it's own size such as roaches, flies, and mosquitoes. They generally get their hydration from their prey kills though they can also drink water droplets on walls, glass, or trees. Like all jumping spiders, P. pakulli seem to have some of the most developed intelligence of all spider groups and are able to plan out hunts, escape routes, and have some form of curiosity with their surroundings. The P. pakulli generally prefer humid climates as they originate from South-East Asia but can be found in various parts of the globe where the environmental conditions are just right. Despite their small size, these jumping spiders are very hardy though their lifespan is often limited to a couple of months to a few years at most depending on the species.

These little guys can be kept as pets (especially for a first time invert keeper), but in my personal opinion, they are best left alone wherever they are located in your house. They are crucial to keeping pests like mosquitoes, flies, various roaches, and other pests out of your home as they tend to eat most of them that cross paths with them. Despite their small size, they need a lot of space to explore and hunt. I've seen some enclosures for Jumping Spiders that are no bigger than the sort of enclosures used to house arboreal tarantula slings but such enclosures aren't going to enrich their exploitive nature in my personal opinion. Your entire house is more than enough to suit their "enclosure needs". You can also keep them outside where they are also found. Preferably anywhere that will have prey activity. You could handle them if they show interest in you, but you can just leave them alone and watch them crawl around their surroundings. If you find a pair (the males and females have a very distinct pattern from each other so sexing them is very easy. Males have a black and white zebra look while females are brown in coloration), you can have them mate and make more P. pakulli babies that (provided they are a local species), you can simply release into the wild. More natural pest control is always a plus with Jumping Spider offspring.

I also encountered Phidippus regius (another Jumping Spider species) in my locale but had yet to get a photo for one at the moment. They share some similar behaviors to P. pakulli though they have some attributes that are entirely unique to their genus. More info on them once I encounter one.