Cars Really Piss Me Off 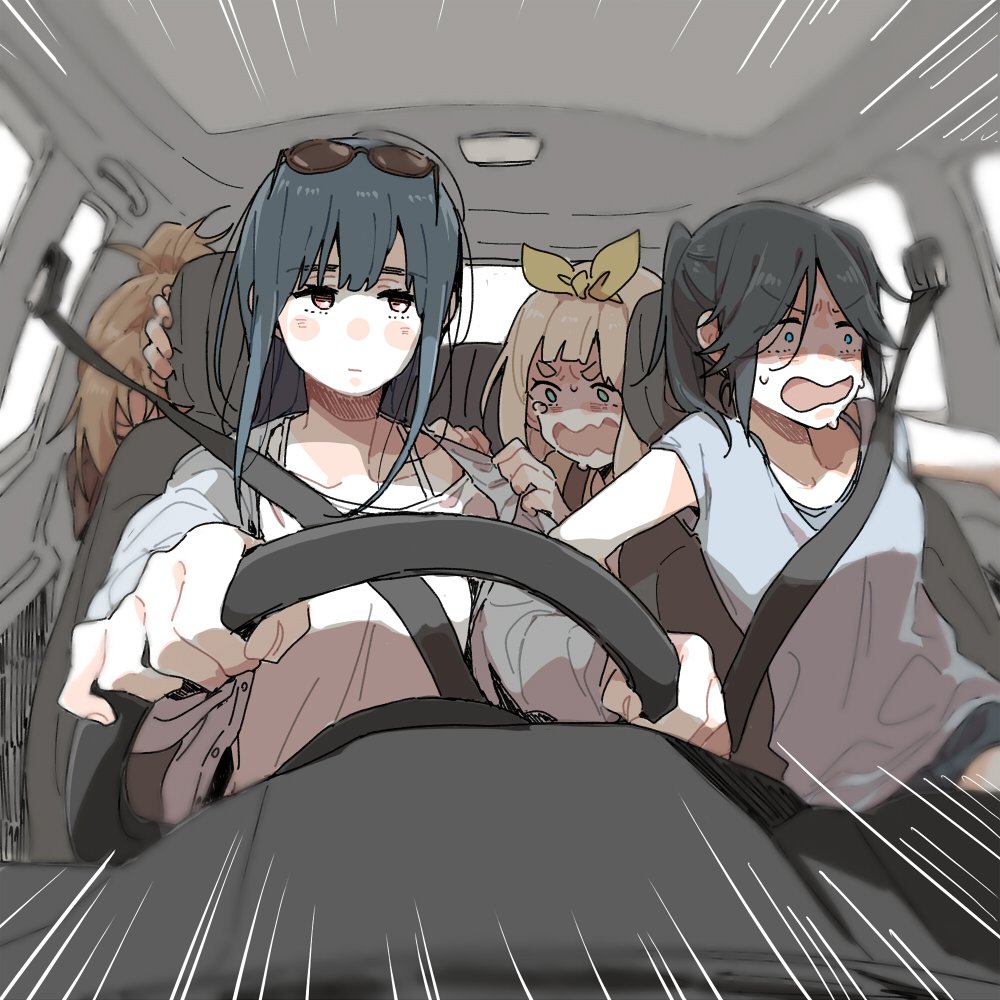 If you live in the United States and in particular, if you live anywhere that isn't a major metropolitan area, then you'll realize that the public transportation system is hot garbage. Granted, city transportation is awful too (I lived in the city back when I went to college so I know this first hand) which leaves you with honestly no choice but to get a car or starve to death. I'm not kidding about the latter because most jobs require you to at least own a vehicle to get to work. Some suburbs don't even have side walks so it's not like you can just ride your bike to work like you possibly could in the city. Not only is having a car a necessity but also the burden with all these inspections, insurances, and upkeep you have to do just to even be legally able to drive around.

I was never one to like driving to begin with early on. I didn't get my license like all the other teens my age back in high school. It wasn't until after I dropped out of college when I had no choice but to do drivers ed and get my license. Not really too difficult but the standards are low in my state and that pretty much explains all the shitty drivers around. I didn't buy my car in part thanks to the generosity of my parents to hand me down the old Honda Civic that they used to drive before they divorced. It was an old car even by the time I had it placed under my ownership, but it was a solid car and served me well until I was hit by another driver. Some first time drivers aren't as fortunate when it comes to their first car.

So once you get your license, you're all set right? NOPE! You're going to have to find a car first. That in itself is a whole heap of trouble. You better have some knowledge of specific car brands, learn a thing or two about fuel economy, service history if you don't want to be screwed over. If you are buying used, you'll never know if someone is selling you a broken junker with repair costs that would make the "discount" price you are paying irrelevant to the point where you might as well get a lease on a new car instead of paying the same amount for some overpriced repairs on some "luxury" vehicle (more on that later). If you decide to lease a car (Yes, lease. What? You actually think you could afford to buy a $20,000 base price new car like a Honda Fit? Even the cheapest options: Chevy, Mitsubishi, Fiat are around $10,000-$13,000 for some models), you'll have to go to some car dealership (or stealership as I like to call them) where you'll get some quote on how much you'll have to pay per month to use your car. Then by the time you finish paying off that car, that's when it conveniently breaks down, and you're forced to get another lease for another shitty built car.

But if I spend more, I'll get a more reliable car right? Wrong! Generally, from what I have researched, Japanese car companies like Mazda, Honda, Toyota (score one for the weebs) have a reputation for making some of the most reliable cars in the market for usually a reasonable price compared to other cars(though that's probably not going to be the case anymore soon). There cars more expensive than your average budget minded shitbox that are so unreliable, they pretty much become a meme in the car community. Brands like BMW, Chrysler, Land Rover, Mini, Mercedes-Benz, Alfa Romero, and I could go on and on. These brands in particular are not only built together using the most overcomplicated engineering but they are also built poorly. It's a fucking car using a combustion engine that has been around since the late 1800s, there's literally no reason to dump all this electronic sensors and tat just to make it drive "smoother". It doesn't help that they aren't put together or tested properly at all. If something breaks down, general the entire car falls alongside it. Repairs will make you wish you had Bill Gates money. To put it simply, these "luxury" brand cars are scams. Even driving some cheap Mitsubishi or Kia that falls apart after 90,000 miles won't even burn you out as much as driving some of those brands I mentioned.

So once you have your car, depending on your state laws, you'll have to get insurance for your car (already adding more expenses to your wallet), and get your vehicle inspected by the state. The later of which wouldn't be so bad if they actually could inspect the stuff that makes your car run properly, instead of stuff like headlights and signals. It's honestly just an excuse by the state to steal your money.

Assuming you were able to obtain some license plates and inspection stickers for your car, you are now FINALLY able to drive around as you please. Good grief. How did boomers do it back in the day? I am pretty sure they didn't have to pay an arm and a foot to buy a car that wasn't priced hiked from all these "safety regulations" that did nothing to car accidents. Even in my 2001 Honda Civic (A good daily driver from my experience to be fair) failed to initiate those air bags when I was rammed into from the side and I gutted my arm as a result. I doubt these new "safety" features on these new cars would do anything to prevent such an injury from happening again. If anything, they are probably more dangerous to drive than the older cars because I had my 2nd car capitulate on me on the way to work and this was on a newer Honda Civic! So much for Honda reliability. So much for car reliability in general. Cars can go fuck themselves. Electric Cars too. We were better off riding horses. I mean it unironically.

Don't get me wrong, driving at night is probably one of the most comfy things you can do when you are by yourself. Especially if you have some comfy music and atmosphere while you are driving. As a former NEET, it's liberating to have the ability to leave your annoying mom and wander off to the stores, parks, or anywhere to ease your mind and get some sunlight. When you do have a reliable and working car, assuming you know a thing or two about your car, you can keep it running for decades. But these car corporations, politicians, and consumerist society keep making life more complicated and more expensive to the point where if I had the option, I would easily opt for public transportation over personal on economic reasons alone. Sure I'd have to deal with societies most degenerate and dangerous people but if it means not paying 60% of my wage earnings on maintenance, insurance, and gas then at the very least, I wouldn't be at risk of starvation or homelessness.