Recommendations and Other Unrelated (But Cool) Shit 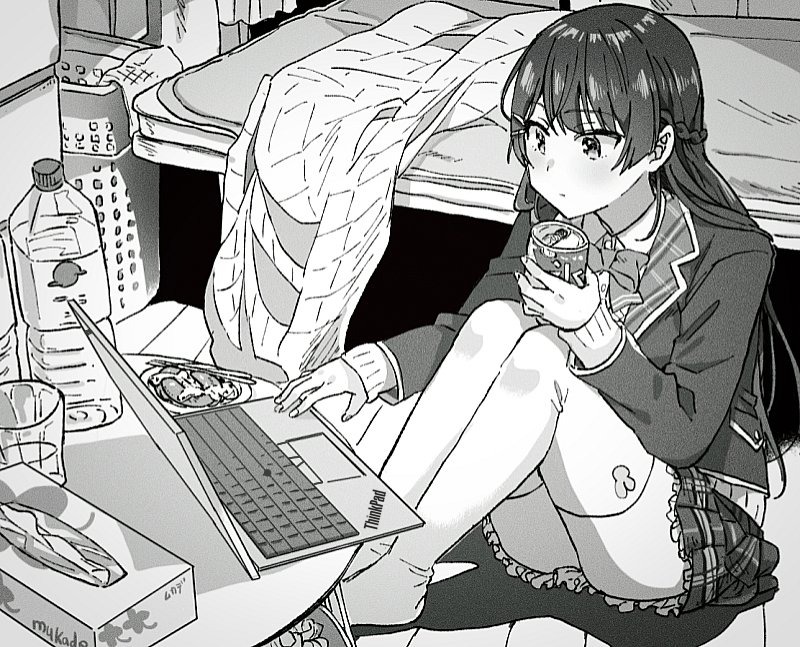 Neocities Make a site like this very one. It's not the hardest thing in the world to do.

Spyware Watchdog Learn about software that respects and disrespects your privacy

Dig Deeper Another good site to learn about internet privacy.

Pleroma Twitter Alternative. Decentralized. Many instances to choose from or your could even host your own.

For all the shit I give to Youtube as a tech giant, it's still the place to see video content from other users. Provided you avoid larger and corporate channels. I have a variety of interests and these recommendations reflect the kind of videos I enjoy. Keep in mind these lists aren't final as I will continue to add more channels if I find anything worth mentioning. I'll try to stick to lesser known channels as best as I can.

DWTerminator: Video Game Reviewer that has been around for a long time. Very objective and is not afraid to state his opinions on specific games.

GlennPlantN64: Nintendo 64 specific reviewer. He is pretty much on a goal to cover all of the games on the Nintendo 64. Honestly a great and somewhat overlooked channel.

SNESdrunk: Reviewer who covers the 16 bit era of video games. Primarily SNES titles though occasionally other console titles from later eras and the occasional indie game.

Salokin: A small channel that covers a couple of games that aren't really well known but are worth checking out. His preference is more on military themed vidya.

Reviews2Go: A Nintendo Switch specialized reviewer that covers plenty of popular and unknown games released on the switch. Occasionally covers other portable consoles/PCs.

YesterYearsMacGames: Vintage Mac Gaming. Not a Mac person myself but it is cool to see some games that were released for Apple operating systems.

MJ-12 Media: Elder Scrolls Machinima with emphasis on humorous skits. Most of these videos harken back to the old style of comedy you would find on early youtube despite being made recently.

Game Quitters: Testimonies and reflections regarding the act of quitting gaming. Recommended to those who want to drop gaming as a hobby.

Saurian Target: The go to channel when it comes to the Carnivores series of games, both old and new.

SebisRandomTech: Thinkpad galore channel. Probably one of the least cancerous Thinkpad youtubers out there.

LaptopRetrospective: Another great Thinkpad youtuber. More generalized towards reviewing old laptops (besides thinkpads) that could (in theory) still be viable to use at the time of his reviews.

Seycara: Independent composer who makes music that would perfectly suit an anime or Ghilbli film. He's very talented and some of his original works are full of emotion and charm.

GoodmanFeels: Anime Feels, Vaporwave/Future Funk music, and the occasional meme all put into some sort of emotional visual audio experiencee that will make you feel things. You're mileage may vary.

NahreSol: Music theory and concepts from the classical genres of music but explained in a way that isn't going to intimidate you with extreme details. A great channel if you are interested in the styles of music offered by classical composers.

muta-sax: Anime covers but with a Saxophone. Good stuff.

8-bit Music Theory: Music theory, concepts, and ideas but for gamers. Learn about the concepts and ideas behind various video game tracks.

NomadHopeNightcoreFolk: Folk Music but it's nightcore

Syahrul Ramadan: Nightcore music from Asia and the Middle East

MartyMcflies v2: Uploads rare anime and japanese vinyl rips. Used to be a regular on the sharethreads on /mu/.

FocusTripp: GarandThumb but for poorfags. Covers budget AR-15s and tatical gear that won't break your budget.

capandball: Hungarian Youtuber who talks about the history and operatoin of various black powder rifles and handguns of the past. Not often you see European gun channels out there.

c90adventures: This guy goes to various locations across the globe on his Honda C90 motorbike.

HuntPrimative: Technology and gunpowder were a mistake. This guy is gonna teach you everything you need to know to craft some high quality primative weapons and tools that you can actually hunt with.

RenoMay: Californian Gun owner who talks about gun laws and Firearms in general.

TomMoran: One of the most well known and knowledgable Tarantula youtubers out there. Covers basic tarantula husbandry and species specifics for tarantula keepers.

Tarantula Collective: Another popular Tarantula Youtuber but places empahsis on production value and cinematic shots of Tarantulas. Shares some basic knowledge on species husbandry too.

hidinginmyroom: Cunt. Basically Elliot Rodger if he actually had sex but still manages to fuck up his life. His channel is kind of dying tbh. If you like watching a living trainwreck, I suppose I can recommend this channel but otherwise, you're not missing out on much lately. All of the exciting stuff already ended.

MrDaggersIRL: Vlogs of a man who had been through it all. Mainly focuses on the subject of existential suffering.

Down the Line: Does these podcast like videos covering the history of life on Earth before the Dinsaurs. Not really active anymore but still a very comfy listen if anything else.

xopha: Small Paranormal Channel with a focus on Aliens

Bob Samurai: One of the few Anime Youtubers that I subscribe to. Anime Reviews and some personal vlogging.

Thomas Wong: Once an /r9k/ meme about being sent to your grandparents in Guangzhou, he is still alive, moved past the Incel state in his 30s, and makes V-logs about his struggles in life.