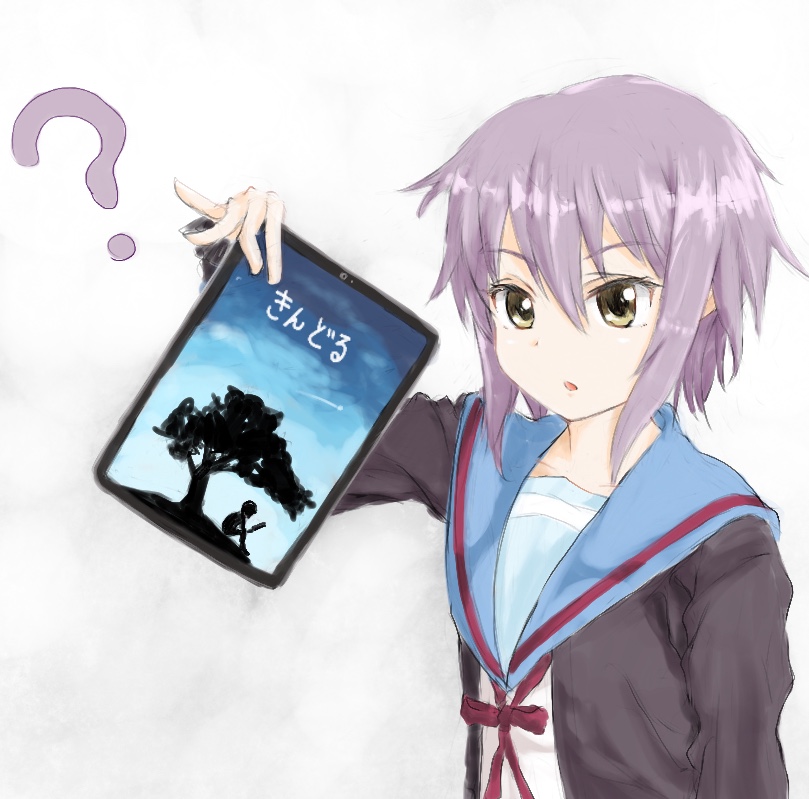 Some Software that I Use: Linux and Windows

cmus: Terminal music application. Very straight foward and easy to use for a terminal application.

spotifyd+spotify-tui: terminal music client for Spotify. Requires Premium but I don't pay for it lmao (I am part of a family plan that my cousin had invited me into.). While I encourage having your own collection of digital music that isn't at the mercy of big tech, Spotify isn't bad for music discovery or playlists which is what I use it for.

Baka Mplayer: My go to video player for GNU/Linux. Based off MPV. No issues with it unlike VLC.

Youtube-DL/DLG: Download videos and audio off Youtube either with youtubedl via terminal commands or with Youtube-DLG with a graphical user interface which is sometimes easier depending on my circumstances. The later of which is also available for Windows users and has automatic updates for youtubedl backends.

Ghostwriter: Minimalist and distraction free writing software that I use to write out my blogs. It has some customization features as well as spellcheck feature which is crucial as my spelling skills have gone downhill since high school.

nano: minimalist text editor. I use it to edit configs when I am on a terminal. Rather simple to use. Maybe I should learn VIM or EMACS like the big boys.

Geany: text-editor/IDE - for coding and programming that I don't even do but occasionally try to go back to. Sometimes really helpful for typing out html and css files.

Librewolf: Palememe is shit now. Librewolf is my go to browser now. Works like Firefox but without the stupid Firefox features. Highly recommend!

ungoogled-chromium: If I have to absolutely use a chrome-based browser for whatever reason, this is the one I'd recommend. Chrome without the Google stuff and spyware. You can install extensions but it's not as simple as getting them off the google extension store thing.

Gimp: Like photoshop but free and open source. Can be difficult to learn at first but once you master it, it's probably one of my favorite image editing software.

Ranger: If I want to larp as hacker. I have it configured to display images. Makes it nice for going through image folders.

Kdenlive: A FOSS Video Program. Clunkly and messy interface at first but you can clean it up by removing some stuff you don't need. Has a tendency to crash but is nowhere near as buggy as Openshot (another FOSS alternative). As long as you save your projects routinely, kdenlive will not let you down in my opinion.

Adobe Premiere Elements: The Brainlet version of Adobe Premiere. Not free or open source software and Adobe is an evil company. Also won't run natively on Linux (haven't tried it msyelf tbh) but it'll work on "muh gaymes" windows partition obviously. I don't recommend buying the software (hint hint), but I must say, it really does feel like a superior version of Windows Movie Maker (the good old classic and easy to use video editor that was popular with many early Youtubers.

Mixcraft: Windows Digital Audio Workstation. Easy to use, supports all sorts of VSTs and addons. Would recommend.

LMMS: Linux DAW, not as easy to use as Mixcraft or any other music making software but it's not impossible. I think I need to invest more time into learning it if I were to move beyond propritary software.

Sneedacity: Audacity without botnet. Sneed's Feed and Seed. CHUCK'S FUCK AND SUCK!!!!!! Get it here

My X220 is now retired from service. It has been a good laptop to me. Nothing wrong with it other than the keyboard space bar not always registering with my inputs. Normally with dysfunctional parts, I’ll get them replaced but OEM parts are rather expensive (the X220 keyboard in particular) and at that point, I may as well use this as an opportunity to upgrade to the next step on the Thinkpad line considering the cost of a used bare-bones laptop. More on that later. For now, I still have my X220 but I might end of selling it (assuming I can even find someone to buy it). I could keep it and use it as testing grounds for various distros. Maybe I'll give Gentoo or some other distro a try.

I ended up keeping my X240 but not as a daily driver. It’s in service as a portable light gaming laptop. Mainly for games that are too much of a hassle to run on Linux. It’s running Windows 10 LTSC like hell, I don’t even know the specific name nor do I care. What I can tell you is that it’s basically the stripped down version of Windows 10 without ads, Cortana (Cuntana), and theoretically less telementary but since Windows by design is closed source who even knows. You can usually find the ISO in the /fwt/ threads on /g/ along with KMS_VL_ALL to activate it after installing because why the fuck would I ever give M$ my money? I honestly don’t see the performance benefits of running an I7 CPU. As long as you aren’t playing Triple A vidya or use lower quality graphics, you can get away with Intel integrated graphics. Like hell am I ever going to afford or bother with a proper gaming laptop.

My new daily driver is actually a step back from the X240. Yep. The mostly beloved X230. The Tablet model to precise. Now normally, I don’t see the appeal of tablets other than for media consumption or as some sort of e-reader but after using the X230T, I must say, the extra features are pretty neat. I eventually got the stylus and I can do all sorts of cool shit like drawing and writing down notes. I basically got the laptop barebones with no ram or HD/SSD as I was going to transfer all that shit from my X220 anyways. For simplicity sake, I went with Manjaro XFCE as my distro. I wanted to ensure I not only had the drivers for my new daily driver but also a simple method for keybinding the tablet features. So far, it’s been great at being a daily driver and the thermals are somehow even better than what I was enduring with my X220. This laptop is perfect for visual novels and reading manga which is the main reason I opted for one in the first place. I might retrieve my i3 configs later down the line and see if I can incorporate some tablet functionality with i3 window manager. Either way, I’ll have XFCE as a fall back should I ever want to do some tablet specific things.

All laptops have 8gb of ram which is the max for the X240 except for the X230. I only have one desktop and it's a Dell Inspiron 660 with 8gb of ram and 2 separate 1 TB hard drives dual booting Windows 10 LTSC and Manjaro (with I3 WM). Not really a gaming PC but I do have a 2GB GPU from AMD (forgot the model) that lets me play some games.

Cell Phones: Currently a LG Velvet 5G as my daily driver. I still have a Samsung Galaxy S7 but it has been retired from service. To be honest, I really don't like smart phones but having one is kind of necessary in the modern world. The Camera on the Velvet 5G sucks and fucks. LG also doesn't make phones anymore. Don't recommend any LG phones anymore. I'd go far as to not recommend any smart phone. Still, gotta have something to call mum when you get stranded in the middle of the street with your shitty broken down car.

Ereaders: I use an Amazon Kindle:Paperwhite. Not the most libre ereader option out there but it's fairly easy to import your own books outside of the amazon book store and the battery life is rather good too. It's decent for reading manga although you probably want something a little bigger in size if your eyesight is poor.

Other devices: I have an emergency weather radio that has various methods to charge and power. Really hand for disasters and power outages. I also have a Walkman Sport which I use to listen to cassettes on. Most of my favorite digital ablums have a cassette copy that I either buy or record myself. It can also come in handy during power outages since it runs off batteries. I also own a Raspberry Pi Model 3B (I think that's what it's callled) that I have used for emulation but I might make a server host out of it or something.