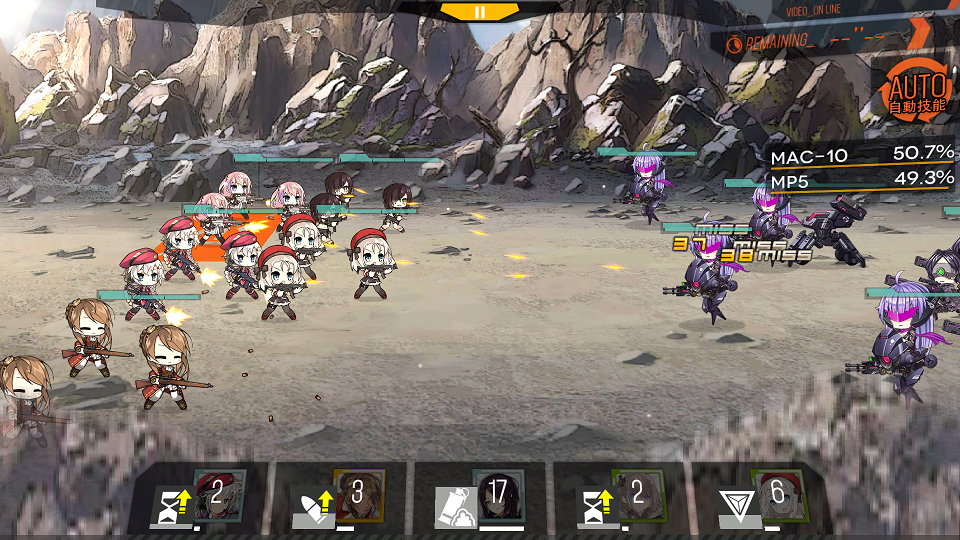 Gacha mobile game but it's very f2p friendly as long as you don't mind grinding and daily logins. The game is a strategy game featuring girlized forms of popular military firearms. There's a story mode that progresses in difficulty so it's crucial to have your echelons of girls trained up and able to meet the challenges given for each mission. You can arrange your echelons and their equipment to excel in specific tactical roles. You also have a bit of base, and resource management so it's important to upgrade your facilities and maintain your resources to ensure your t-dolls are always combat ready. There are also a ton of unlocks and extras that expand the lore of the game, and the gacha mechanics itself is rather fair. It's not uncommon to get rare t-dolls or equipment unless it's one of the special event unlocks. The game is always adding new stuff with these events and even new story missions (though some of these are time limited).

Girl's Frontline is one of the few mobile games I can recommend if you are into military firearms or strategy games. It's a good game for the mobile platform as it's something you can pick and play for a little bit and then comeback to after a few hours. It's made by a Chinese company so there's probably some spyware stuff but assuming you don't live in the PRC, I don't see it as anything threatening to your security for the most part, the game is mostly safe to have on your phone. Plus the girls are very cute so that balances it out I guess.