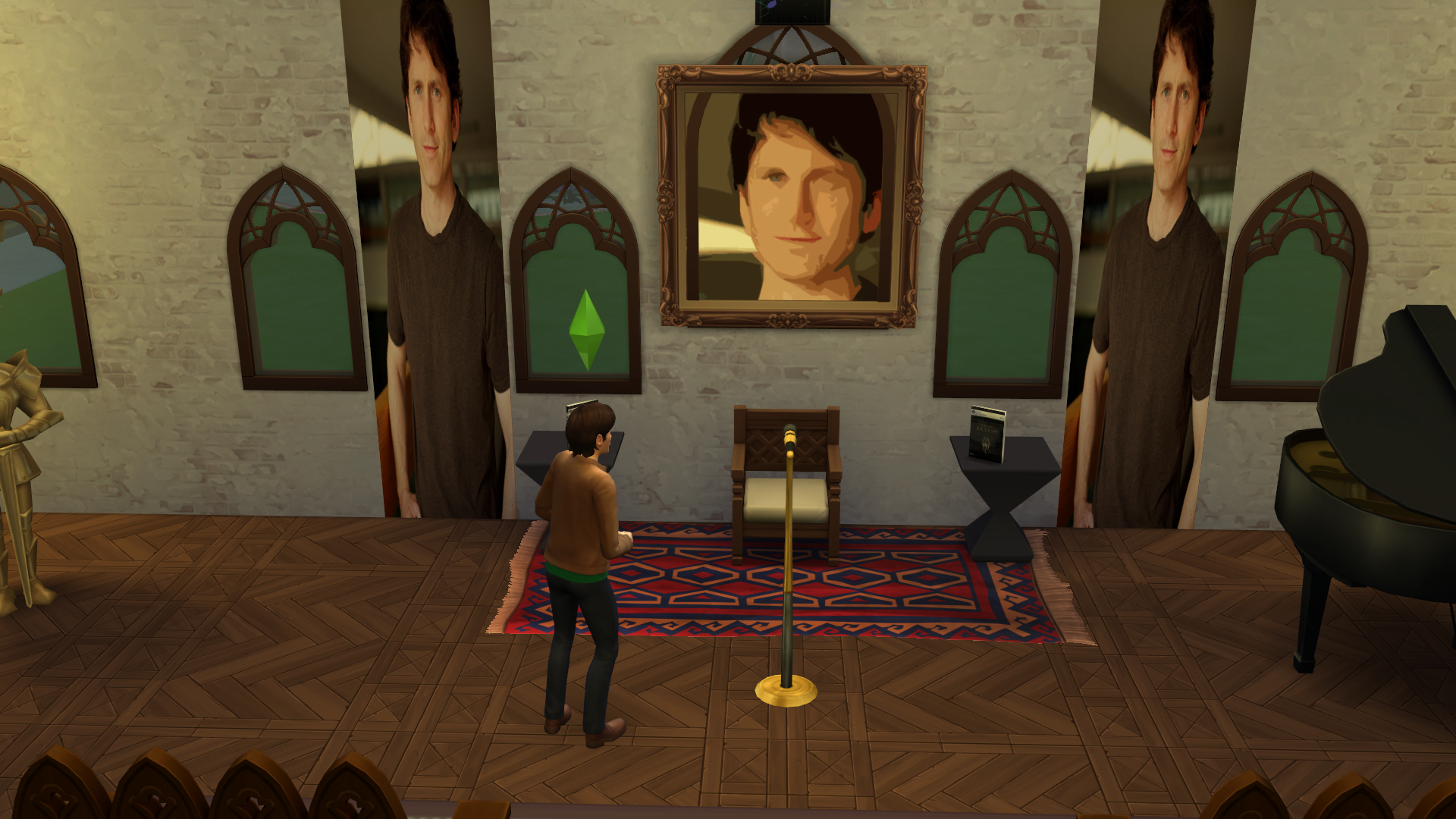 Yeah I know I know. I’m not a true gamer because I play casual shit like The Sims. You might as well put me on the same tier as casual mobile gamers. Well let me tell you something. Gaming is escapism and there’s no better escapism than playing this virtual doll house software where I can put myself in unrealistic situations like getting married, having a house, and having a decent job. Alternatively, I like to do some crazy scenarios like pic related. It’s not just a cope, it’s a sandbox. Oh and I guess the home designer aspect of the game is really neat too. But which game in the sim series is the best?

I’ve actually played through all the series since the early 2000s starting with the original The Sims. The classic that started it all and man oh man did I have fun back playing it back in the day. Basically the game was sort of an interactive sitcom complete with a catchy and memorable Vaudeville music, and isometric perspective. You could create a family and make them get into all sorts of situations. What I ended up doing most of the time was building the house of my dreams for a sort of self insert of myself while locking up all my neighbors who dare try to annoy my sim by trapping them in pools or closed off rooms where they will either drown in exhaustion or piss themselves and go insane in a locked up room before succumbing to starvation. I don’t think there hasn’t been a single person who has played the sims that hasn’t done some psychopathic things in these games. You can start house fires using indoor fireworks and do some serious damage to the house or the sims unfortunate enough the get caught. Other than sadistic torture, there’s some additional expansion packs that allowed your sims to do more stuff like go on vacations, go on dates, adopt a pet, become a movie star, or do some magic stuff. Compared to the later games, the original Sims isn’t as complex as later games but it does has some charm and humor you just don’t see in the later games. This is not a bad start to get in the series assuming you can even find a torrent and get it running on modern hardware. Getting the game to run on Linux is a hassle but is possible. You could say the same for the other games as well.

The Sims 2 is regarded as the peak of the series by many hardcore Sims fans. It takes all the aspects of the first game, makes them 3D, adds more complex Sims behavior, and more customization options. Your Sims had some sort of personality in the first game but in this particular entry, it’s even more fleshed out. From my experience, the AI seems more naturalistic compared to the first and even later games in the series. There’s just so much detail to the behavior that the sims do and I can’t help but love the early 2000s vibe this game has with the outfits, music, and tech featured in the game. The family aspect of the sims is more advance this time as well. You can now have a lineage of Parents, Children, Teens, and Elders. This means you can create some interesting stories and scenarios with your sims. The expansion packs are really good as well and are a must have if you do plan on playing this game.

The Sims 3 is an odd entry in the series. On the one hand, the open world, expanded customization, and new activities are great. Unfortunately, the performance of this game is notorious for being one of the most un-optimized in the series. The fact that you had to use a launcher just to play the game was painful enough, there was even a bunch of in-game content you had to buy using real cash. Mood swings are annoying too. The expansions packs also did a bunch of weird things such as world adventures. I suppose if you do manage to get this game running smoothly, it’s a pretty decent sims game. I couldn’t for the life of me get this game running before having a crash to desktop after a few minutes of playing. This is where things start to come downhill from here.

The Sims 4, like it’s predecessor does a lot of great things. The Sims themselves can be edited to the point of getting exact details down such as eyelids, checks, waists, and so on at the cost of removing custom colors and patterns featured in the Sims 3. The game is better optimized, in my experience than The Sims 3. But there is a lot of things that are dumbed down compared to the previous games in the series. The autonomy of Sims behavior is one of those things that really take a hit. Sure they can take care of their basic needs but your Sims personality traits don’t really matter that much apart from affect your Sims mood and skills. You can make an anti-social Elliot Rodger type sims and he’ll still interact with other sims in the same manner as a normal sim. It just doesn’t make sense. Sure you can try to create conflict with other sims by instigating these social blunders manually but it kind of defeats the purpose of having the personalities in the first place. The game sort of keeps the open world of the previous game but it’s also dumbed down. In the previous game, you can get a bike or a car and have your sim drive to a location. In this game, they have to teleport through a loading screen to get to a community lot or a residential house. It’s not too bad to be honest but it’s still kind of a bummer the world isn’t as fluid and natural as it should be. Some of the community lots are also kind of lame as they only serve as rabbit holes. Some expansion packs fix this problem by adding restaurants and shops but these expansions packs can get rather pricey for what they are worth. The only thing this game in the series has atm is up to date mods. Sex mods in particular are unmatched compared to even most other hentai games and the extreme violence mod in particular can be hilarious mess with too.

I don’t know what I can say any further other than this: If you like customization, sex mods, and more detailed sims, play The Sims 4. If you want a detailed and more natural social interactions with your sims, play The Sims 2. The rest are either curiosities or just not worth bothering getting to work in the first place. Either way, pirate them if you can. Do you really want to give your money to EA of all companies?