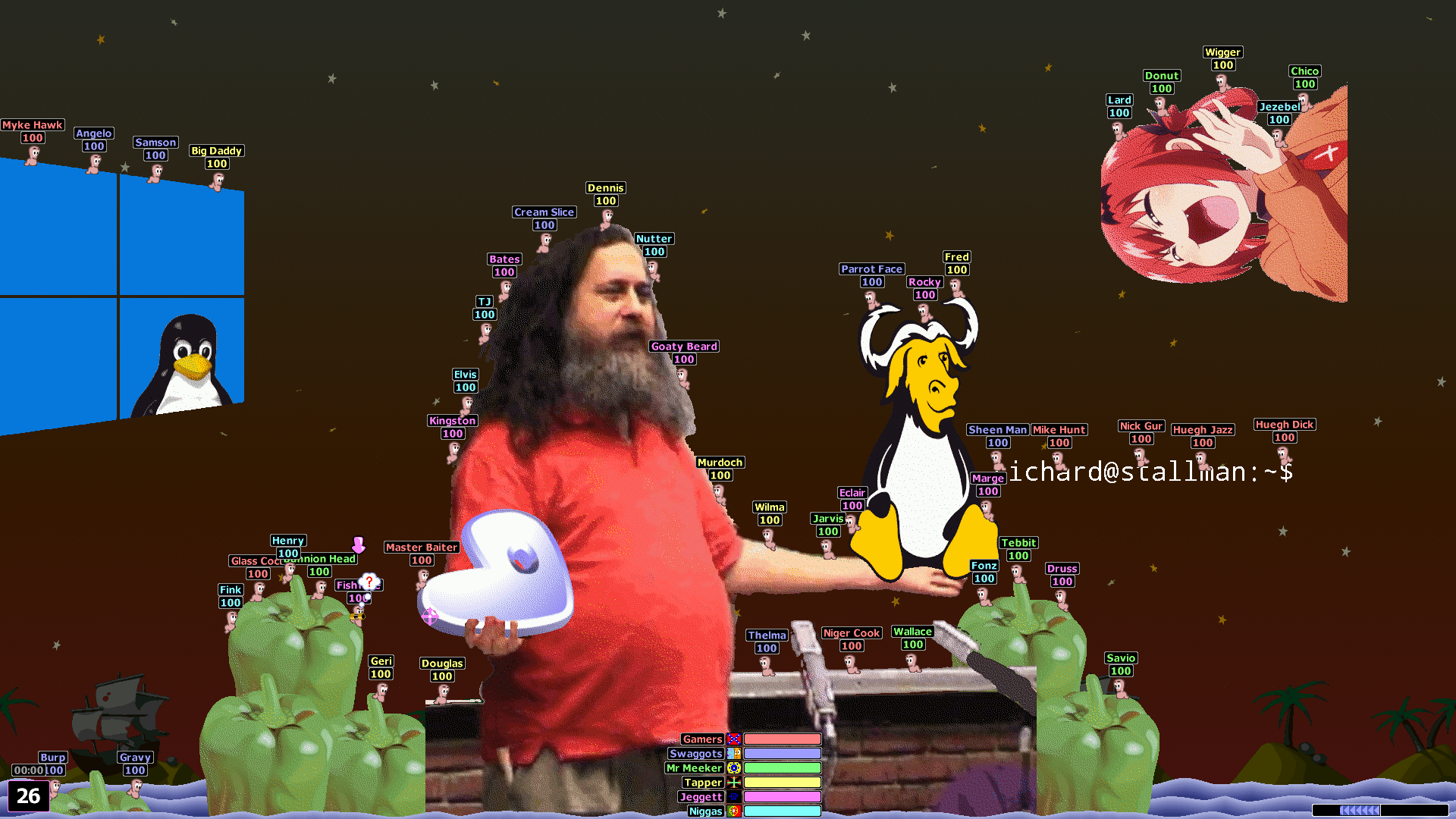 The Worms Series of games are part of what I consider to be my personal favorite PC classics from my childhood and are still very fun to play today. Worms is a turn based strategy game in which you have to eliminate the enemy team/teams using a variety of projectile based weapons that can do all sorts of environmental damage to the levels you play on. It's a game of quick strategy, skills, and it's especially fun if you play with other people. One problem. There are too many games in this series. I can't even name them all for the sake of this review but I'll mention the ones that I have fond memories for and might recommend.

I started off with Worms 2 back in the day. I think I had a pirated copy since I could play the game without the CD. In any case, Worms 2 is sort of bare bones compared to later entries that's not to say I didn't have a blast playing it again. All of the weapons you used all had some sort of purpose and it never felt like any of the weapons were overpowered from my experienced. Even when you obtain the super weapons like the Super Sheep, Banana Bomb, or Holy Hand Grenade, you still had to make extra sure that you don't make those weapons go to waste by accidentally missing or detonating those weapons close to your proximity. Even then, your fuck ups are always hilarious to watch as your worm gets blown off the map screaming "Nooooooo!". The game even had a level editor (something that would be a staple for future titles). You can still get the game on GOG which is cool I guess.

Not as cool as Worms: Armageddon. This particular one in the series is the one that everyone loves and for a good reason. It's the peak for the entire series before it started to jump the shark by making spin offs, questionable 3D games, and derivative games one after the other (the portable games like Worms World Party and Worms Open Warfare 2 were good portable games to be fair). It's more or less like Worms 2 but with more stuff. Adding custom content like voice packs, custom levels, and configurations is very easy and the game still has an active online community. If you're going to get any of the Worms games, get this one and don't bother with the others unless you want more of the same or something different like Worms 3D or Worms Blast (perhaps I'll do separate reviews for those games someday.) Honestly, if you played Worms: Armageddon, you pretty muched played all the other Worms games.